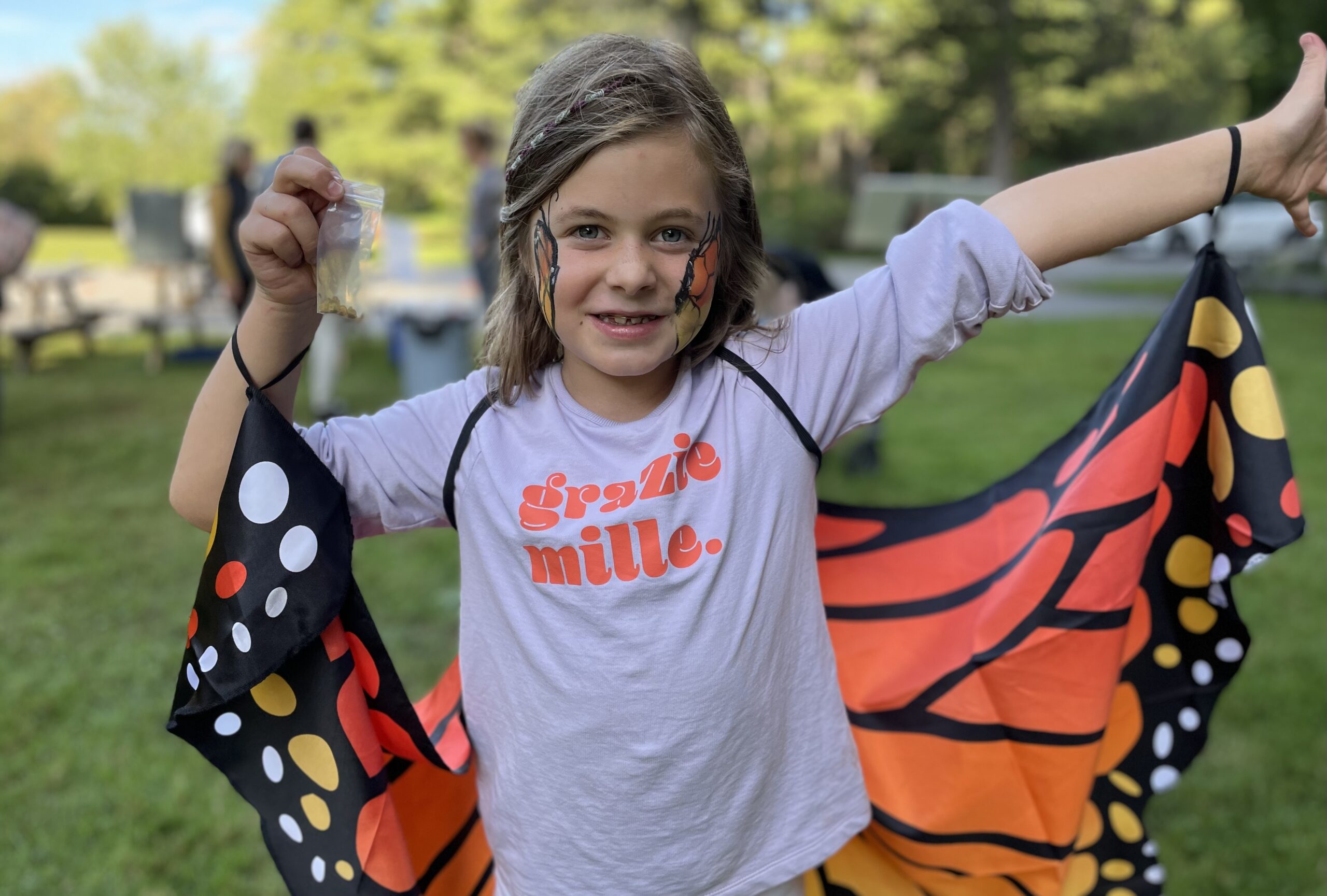 A happy crowd gathered around the Crandall Park Pollinator Garden on Friday, September 16, for the Beautification Committee’s Monarch Festival, a celebration of the endangered Monarch butterfly that included a children’s run, face-painting, yoga, art projects, seedball-making and an educational talk.

The festival grew out of the Beautification Committee’s work with the National Wildlife Federation’s Garden for Wildlife program. Committee member Jim O’Hara raised the idea of hosting the festival after Glens Falls Mayor Bill Collins agreed to become the first local Mayor to take the NWF’s Mayors’ Monarch pledge, committing to making the city a friendly way station for the monarch. The Mayor was represented at the Festival by Councilman-at-Large Jim Clark, who read the pledge to the crowd.

Dr. Erika Schielke, Vice-President of the Beautification Committee and a biology professor at Skidmore College, gave the crowd a brief, informative talk about monarchs and what can be done to help increase their number, following which Beautification Committee President Elizabeth Little Hogan led a demonstration of the monarch’s life cycle. Children in the crowd were then invited to reenact the monarch’s life cycle and path of migration from the US and Canada (where they breed) to central Mexico (where they hibernate) in a “Flight of the Monarch” run from one end of the field to the other.

Another highlight of the day was the release of a live monarch brought to the festival by the women of the Adirondack Butterfly Gardening Group, whose popular and educational table included seedball-making.

The Glens Falls Middle School girls modified soccer team was on hand to lend all sorts of help from face- painting to demonstrating the monarch’s lifecycle to scooping out ice cream donated by Stewarts.

The Beautification Committee thanks all who made the festival such a success! For more information about the monarch, please check out the National Wildlife Federation’s website.